Are Market Conditions Similar to 1929?

Valuations in the U.S. are at extremes only seen a handful of times in history, including 1929. This time there is a trade war and excess capacity outside of the United States. 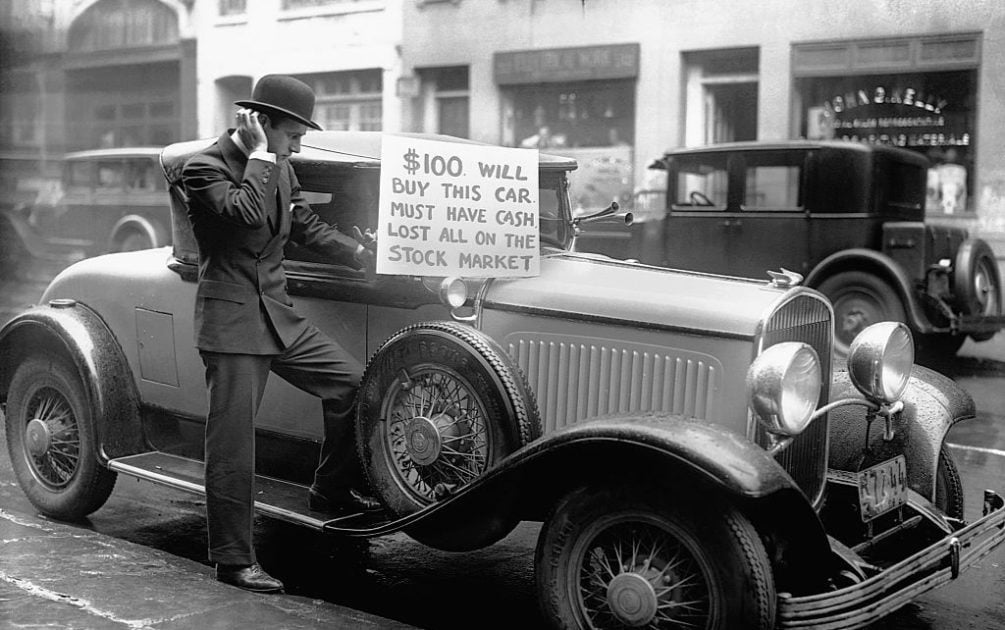 We don't know if we are witnessing the prelude to another depression. On some historically effective valuation methods, U.S. equity markets are near 1929 levels and may exceed levels seen at the peak of the technology and telecom bubble in 2000.

The widely reported U.S. Treasury curve inversion (short term rates exceed longer term rates) across multiple tenors should be cause for alarm. Yield curves are at or nearly inverted in the U.S., Canada, Germany, UK, France and Japan. In other words, curves across the G7 ex-Italy are at or near inversion.

We are clearly in a global slowdown. Are we in the U.S. reverting to trend or is it something much bigger? It is difficult to tell, but the trend is corrosively down. The industrial sector has stalled in America. Globally, Germany and the UK are at or near recession. China is delivering the weakest numbers seen in decades while managing a banking system over twice the size of the U.S. banking system. We have seen multiple bank failures/rescues of $100 billion asset plus Chinese banks.

Though reportedly growing, China remains cause for concern. China's industrial sector has significant excess capacity, which has been financed with massive credit growth via the banking system. China is the largest manufacturer in the world running a trade deficit in a U.S. dollar reserve currency regime. The United States has signaled that it does not want to send China U.S. dollars unless the Chinese Communist Party makes major reforms, an unlikely occurrence. But China needs dollars to buy energy, food, and other commodities and the Chinese desperately want to get their locally earned yuan out of the country. If dollars continue to increasingly become scarce, then China could be under serious pressure. As an added wrinkle the war against the United States waged by the People's Liberation Army strategically targets U.S. capabilities by running losses and driving key U.S. manufacturers out of business. When the national security bell rings and the USD train pulls out of the station, the Chinese economy may be forced to absorb its own uneconomical excess capacity.

In 1929, the U.S. was the leading global manufacturer and ran a trade surplus. When trade wars erupted during the first leg of the depression, the U.S. had disproportionate excess capacity that it was forced to absorb perhaps dramatically worsening the domestic economic contraction. This is the true lesson of Smoot-Hawley tariffs. Don't get into a trade war if you are the trade surplus manufacturer. They will bite you hard. On the other hand, If you are in a trade deficit (like the U.S. today), then smartly fought trade wars can be your economic ally.

Today, roles are reversed. The U.S. has net negative capacity after closing 70,000 factories and losing 5 million manufacturing jobs. As a result, the U.S. is an importer or trade deficit nation. By repatriating capacity to the U.S. through coherent trade policy (which he have yet to see), the United States could benefit at the expense of the trade surplus countries. Yes, China and Germany we are talking to you and it is not 1929, but 2019.