China’s foreign currency reserves are too low to support its asset bubble and money supply. The CCP’s diminished ability to drive global growth could reduce the costs of U.S. decoupling. 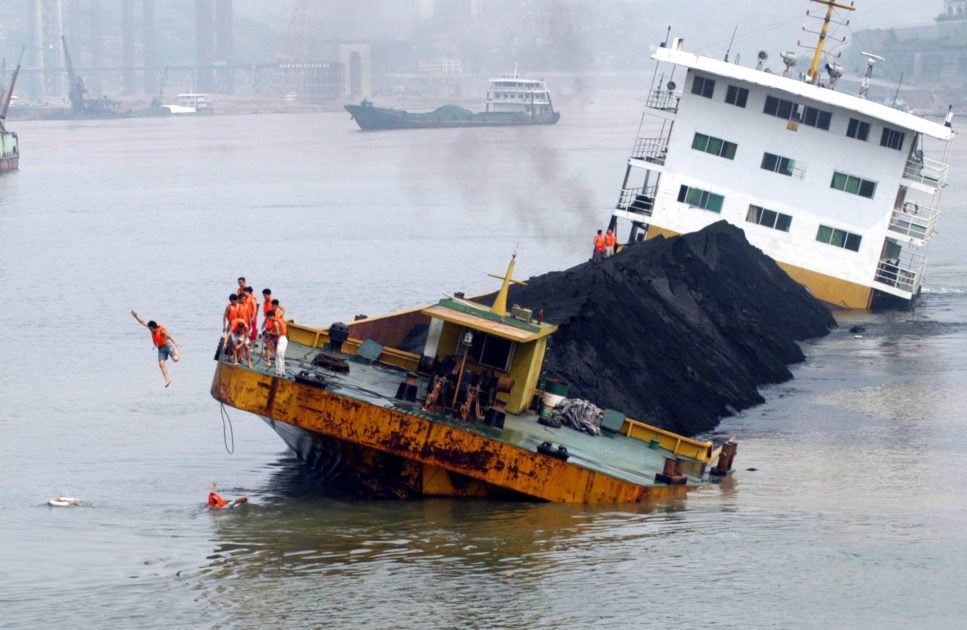 For investors the China story has been central to the global growth model for the past two decades. Today, China’s asset bubbles, industrial overcapacity, and currency risk have perhaps become the greatest economic threats to markets and the world financial system.

The trade war has been going on for decades. Recently, the U.S. finally responded with tariffs and national security restrictions. The new trade initiatives are targeted at restoring some balance in the goods trade deficit with China, securing critical industrial capacity, and restoring reliability to supply chains.

China is risking a financial collapse and a currency devaluation that could have sweeping implications for the world economy.

First, China’s model has been driven by a military strategy that co-opted Westerners. In the 1990s the Boston Globe was reporting on the ‘China Lobby’, a veritable who’s who in American foreign policy.

As tools of the PLA strategy to eclipse America, the China Lobby assisted China’s rise as it entered the WTO.  Executives at U.S. multinationals saw that the CCP offered low-cost labor (slave wages by Western standards), no environmental concerns, and state subsidies that conveniently increased margins and their bonuses. The CCP/PLA targeted strategic industries and the U.S. military industrial base driving critical suppliers out of business and/or relocating them in China.

De-industrialization of the U.S. manufacturing sector ensued and over 70,000 factories have been closed, mostly in the heartland. Countless communities and millions of lives have been irreparably damaged. This resulted in China’s industrialization that sustained massive, unprecedented levels of fixed asset investment for decades.

The loss of American factories translated into China's gain as machinery and infrastructure were transplanted to special economic zones in Asia.

During this expansion China ran a massive current account surplus from trade and investment as its expansion drove the majority of global growth.

As a result, China accumulated significant foreign exchange reserves peaking near $4 trillion. In 2014, China hit a wall as its economy became less competitive and its investment would become more speculative and unproductive.

As the Chinese economy became more manufacturing dependent and incomes increased, its demands for energy and food exceeded its ability to produce them domestically. The CCP now needs access to hard currency to fuel and feed its system. It needs USD, Euros, or JPY.

The CCP does not allow the Renminbi to be freely convertible and maintains a dirty peg to the USD.   When USD strengthens, Renminbi strengthens against the rest of the world. In order for this peg to work, the PBOC must balance the level of currency reserves with the size of its internal financial system.

In 2008, the Global Financial Crisis hit. The CCP used the financial system to buffer its economy and launched a large, debt- fueled stimulus. The stimulus was seemingly successful, but it put the CCP on the path to an asset bubble as growth continues to falter. It would also grow the financial system to stratospheric levels of speculative debt.

By 2014 China's economy was becoming less competitive as wealth levels and inflation increased costs. Then USD strengthened. The CCP had a shock devaluation of the Renminbi, which resulted in a flight of capital out of China.

Despite running massive trade surpluses with the U.S. and over $1 trillion in investment inflows, China’s reserves began to deplete.

The CCP’s own officials were fleeing and reserves dropped by nearly $1 trillion. Xi and the CCP cracked down, implementing draconian capital controls and stepping up an anti-corruption campaign. This was an existing problem that was being papered over by surpluses. In 2011, the PBOC estimated that 18,000 officials left the country with an average of $7 million each. Many wealthy Chinese want to leave the country as well.

As money wanted to leave, the CCP needed to maintain stability so it mitigated growth declines through added debt.

The quality of assets in the system is highly speculative.

According to the IMF, a large fraction of assets in the banking system could be at risk in an adverse economic scenario. This suggests that the CCP has generated recent growth through unproductive investment.  It is no surprise that the Chinese people and lower ranking officials want to get cash out of the system.

This means that the CCP’s ability to drive quality ‘global growth’ could be severely constrained and the costs of U.S. decoupling much lower than what the China Lobby would claim.

But the CCP created $25 trillion equivalent Renminbi in its domestic money supply that is backed by hard convertible currency in the rough amount of $3 trillion.  Perhaps CCP controlled entities have a net foreign investment position of another $1.5 trillion.

When you  look at Chinese entities selling assets and Alibaba conducting secondary offerings of stock, it is hard not to think the CCP is worried about its USD position.

Trade surpluses aren’t going to be helping the CCP in the future either.

And Eurodollar Market Does Not Want to Make USD Available

Despite rate cuts, balance sheet expansion and $60 billion per month in T-bill purchases, the USD funding and dollar shortage continues.