Equity Markets Have Disconnected from the Real Economy

By many measures the U.S. stock market is in a bubble. Valuations need to be justified by growth. Markets have diverged from fundamentals based on current and future expected performance. 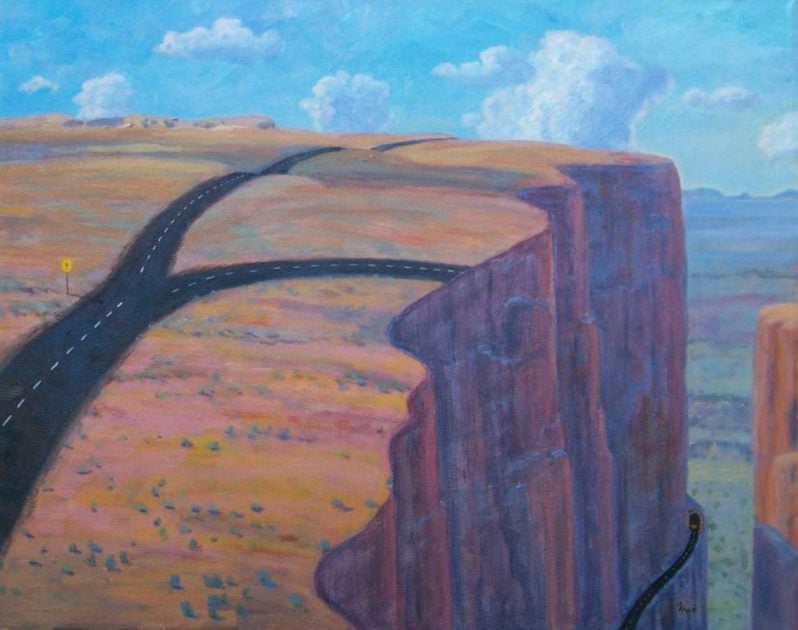 For the third time in 20 years the Federal Reserve has engineered a massive market bubble. The data indicate it is on par with two major episodes in U.S. history—the tech, media, telecom (TMT) bubble in 2000, and the Roaring 20s peak in 1929, which led up to the Great Depression.

To simply illustrate these levels, let’s look at two popular measures that are less prone to earnings or leverage manipulation.

Valuations Are Not Justified by Low Rates and Low Growth

Remember that the 1990’s resembled an investment and earnings growth boom with a nominal GDP growth rate that was 50% higher than today and earnings growth approximately twice the rate of recent peak-to-peak experience.  As we know in retrospect, market valuations in the 2000s were not justified, but at least they were being supported by a more robust economy compared to now.

This disconnect between market growth and economic growth is also on full display with the so-called “Buffet Indicator.” On November 22, 1999 Warren Buffett and Carol Loomis published an article in Fortune Magazine arguing for subpar market returns over the next 17 years.  In the article, the authors discussed corporate profits as a % of GDP, interest rate levels, and GDP growth. They stated that, “Beyond that, you need to remember that future returns are always affected by current valuations…”

The Buffet Indicator can be illustrated by looking at the ratio between the value (market cap) of all U.S. stocks and economic output (GDP).  If one grows faster than the other, the ratio changes.  Currently, we find this indicator at a new record where the Wilshire 5000’s market capitalization is nearly 153% of GDP.  To boot, corporate leverage with non-financial corporate debt is at 75% of GDP, which is also an all-time high.

Prior to 2000, real GDP growth seemed to be like clockwork, coming in at or above 3%.  For example, real GDP after the 1990 recession until 1999 was around 3.4%.  For the last 10 years real GDP has been around 2.1%, and that is during an economic recovery period coming out of the depths of the Global Financial Crisis, when growth should be higher. Looking ahead, CBO baseline growth assumptions for real GDP are c. 1.8% for the next decade.

So, if growth is key to supporting valuations, where is it going to come from? In economics the primary sources of growth are derived from people, productivity or investment.  So, let’s consider forecasts in those areas.

It is highly unlikely we will experience another round of financial engineering comparable to the past decade, where an abundance of corporate debt was used to finance stock buybacks, when corporate leverage is at highs and the relative quality of credit is questionable.

Productivity and investment gains could occur, but health care reform and infrastructure investment seem to be nearly impossible over multiple, successive administrations.

Recent growth patterns do not inspire confidence. When looking at earnings before extraordinary items (or before unusually “good/bad stuff”), peak-to-peak earnings growth has been barely over 4% per year. And this is with a decade of significant stock buybacks and a massive corporate tax cut. So the S&P 500 is hovering near peak multiples of P/EBXO with questionable growth prospects.

Recall that the S&P 500 has had negative earnings growth for several consecutive quarters.

For another perspective on growth assumptions, let’s consider where we are in the U.S. economic cycle and what that can tell us about current growth prospects.   U.S. Industrial Production has a diffusion index that measures the breadth of weakness and strength.  The most recent October print was 37.1.  This level is rarely seen outside the depths of recession.

Near the end of 2019, analysts are suggesting a bottoming with a return to growth.  While true that data were exceeding expectations in 4Q 2019, it appears that economic surprises are now turning negative again.

Significant declines in the ISM Manufacturing New Orders Index have generally preceded recessions.  The December ISM New Orders Index print was 46.8, the lowest result since the heart of the recession in 2009.

The Chicago Fed National Activity Index is perhaps the broadest measure of activity in the U.S. economy.   It tracks a weighted average of 85 indicators across four categories:  1. Production and income; 2. Employment, unemployment and hours; 3. Personal consumption and housing; and 4. Sales, orders and inventories.  Numbers less than zero suggest the economy is growing below trend.  The slightly volatile indicator has been negative 9 of the last 12 months and the trailing twelve months indicator is negative.   According to this metric, the economy is clearly growing below trend.

A more forward-looking measure is the Leading Economic Indicator (LEI). Though not a perfect predictor of recession, a reading below 0 of the LEI Year-over-Year indicator has historically corresponded with either recessions or periods of significant economic weakness.   Note that the S&P 500 Index is a component of the LEI and has likely kept the broader number from going into negative territory.

In past years, China’s growth has played a key role in global economic advances. In China Growth: FX and Asset Bubble we have outlined our concerns about China’s diminishing marginal returns coming from its increasing debt and asset bubble. It is doubtful that China continues to underpin global growth like it did for the first two decades of this century.

The path forward for U.S. equities is likely best characterized by lower returns and higher volatility.  Though not impossible, it will be difficult for stocks to outperform U.S. Treasury securities on a risk/return basis over the next decade.

Historically, the best growing economies have a healthy public policy mix that fosters population growth, productivity, and investment in physical, environmental and human capital. Efficient capital allocation within a rule of law system that permits market pricing is at the heart of this mix, and on average, helps direct monetary resources to the highest return activities.

Today, the global policy mix leans toward inefficiency with no signs of abating.

Continuing with the current policy mix could be approximating ‘Japanification’-a condition characterized by low growth, stagnation with an active central bank monetizing debt. Japan still has not escaped it, and Europe may be there now.     JGBs 10-Year bonds are trading at less than a 0% yield and the Nikkei 225 rarely trades at an EV/EBITDA above 10x.