A look at possible long-term effects of today's unprecedented monetary expansion and direct fiscal transfers to individuals and local governments. 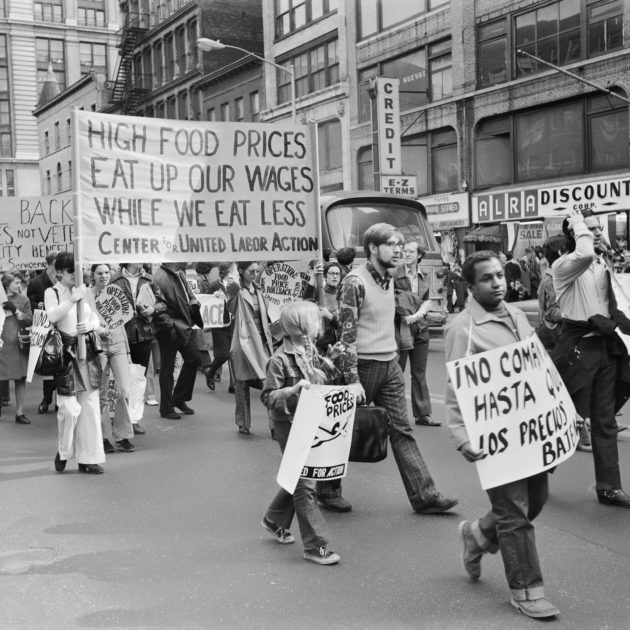 What happens if new monetary and fiscal policies result in a remix of the 1970’s? In that propitious decade nominal GDP growth averaged 10%. By 1981, the yield on the 10-year U.S. Treasury was 14%. Stocks were flat for nearly 10 years with two severe bear markets, which finally culminated in the great bear market bottom of 1982.

Commodities and gold roared. Food price inflation set family farmers up for decimation in the following decade. Gold, oil, and labor unions played much larger roles in economic thinking then when the U.S. was an industrial economy and laborers were the highest paid in the world.

The Baby Boomers were young and getting ready to go on a huge run of family formation.

Why did things get so out of hand? The Vietnam War and new social programs resulted in “guns and butter” policy where politicians refused to make tradeoffs or reign in spending. As a result, spending excesses of the 1960’s caught up with the government that was also backing a gold standard for the U.S. Dollar.

France made a call on U.S. gold holdings, and the U.S. Dollar lost its mooring, setting the groundwork for higher inflation. Oil embargoes created commodity shocks. Monetary expansion followed. Setting up supply constraints in the face of population growth while increasing the money supply may have been a contributor to inflation.

Today, the U.S. economy finds itself in a much different place.

Labor unions and wage pressures seem to be a thing of the past. U.S. industrial prowess, though large, has been forsaken by policy choices that place a greater emphasis on the “service economy.” North America is energy independent. Technology, healthcare, and governments dominate the economy. Most sectors have been highly consolidated with industry concentration at extremes across the board.

“Deflation” driven by wage stagnation and offshoring has been the rule. Family formation and fertility rates are much lower than expected as housing, healthcare, and education inflation stymies incentives. Population growth has dropped over 65%, and some estimate that productivity over the past decade has been flat to negative.

Debt levels have been on a tear. Asset prices are through the roof.

With this backdrop, let’s explore possible long-term effects of an unprecedented monetary expansion and direct fiscal transfers to individuals and local governments.

Governments Are Crucial, But Have Limits to Effectiveness

By their very nature, governments tend to be inefficient with capital. Though they are efficiently re-distributive, transfer payments often go toward unproductive consumption. Prime examples are subsidized sectors like healthcare and higher education that have enjoyed decades of pricing power, resulting in cost increases that far exceed gains in productivity or benefits. In fact, these high factor costs impede U.S. competitiveness.

Second, governments have failed to invest in productive capacity. In other words, stimulus and transfers with immediate effects have been favored over investments that produce long-term benefits.

But this has been the problem for a long time. Little to none of the largess in the last two decades has been directed toward productive investment in the economy.

In fact, job markets betray what is occurring. We have seen the economy begin to re-open more broadly, but jobs have yet to reflect any significant benefit. The churn in labor markets indicated by alarmingly high initial claims indicate deeper problems exist. There is a high number of openings, but do those wages exceed current unemployment benefits?

Small businesses have been severely damaged over the past year.

But what if the government goes to nominal GDP targeting via a commitment to sustained, expanded spending levels monetized by Federal Reserve purchases a la Modern Monetary Theory?

Labor force growth is less than 1%, but 10 to 20 million people need jobs. Currently enhanced unemployment benefits may be creating a wage floor that can serve as a basis for wage inflation not seen since the 1970’s. If Congress is willing to sustain high benefit levels indefinitely, then businesses may possibly need to offer much higher wages to get workers to rejoin the work force.

A $2 trillion infrastructure spending program would result in some higher levels of investment. That may raise activity 1% to 3% per year.

The Fed has committed to monetizing $120 billion per month, $1.44 trillion per year, or approximately 7% of GDP. Combined with fiscal spending this demand could lead to inflation of 5% to 8%.

If the right factors come together, markets are looking at a scenario that rhymes with the 1970’s.

Even if U.S. treasuries and mortgage bonds have artificial price support, an inflationary period could mean grinding bear markets for all but a few asset classes.

With the S&P 500 trading near 30 times normalized earnings, what would 20 years of multiple contraction mean in terms of returns?

Using the assumptions of 10% nominal GDP growth and commensurate S&P earnings growth in a preceding chart, we impute what compounded returns could look like over the next decade in a 1970’s multiple experience.

Moving from an all-time high multiple to a low multiple due to either inflation (or deflation), has the possibility of producing damaging returns.

Implications of a Super Cycle

The big risk of having a debt super cycle and historical bubbles in bonds, equities, and real estate is that somehow everything must resolve itself.  The longer the cycle and the higher the valuations, more extreme consequences of resolution could follow. Inflation or Deflation. Both have contractionary implications. Will central banks even allow any return to normality?

This current policy set may be a recipe for much higher rates of inflation than many anticipate and a remix of the 1970’s.