The economy is witnessing an unholy trinity of false ideas, weakened institutions, and malign interests converging to stymie its long-term health and resilience. 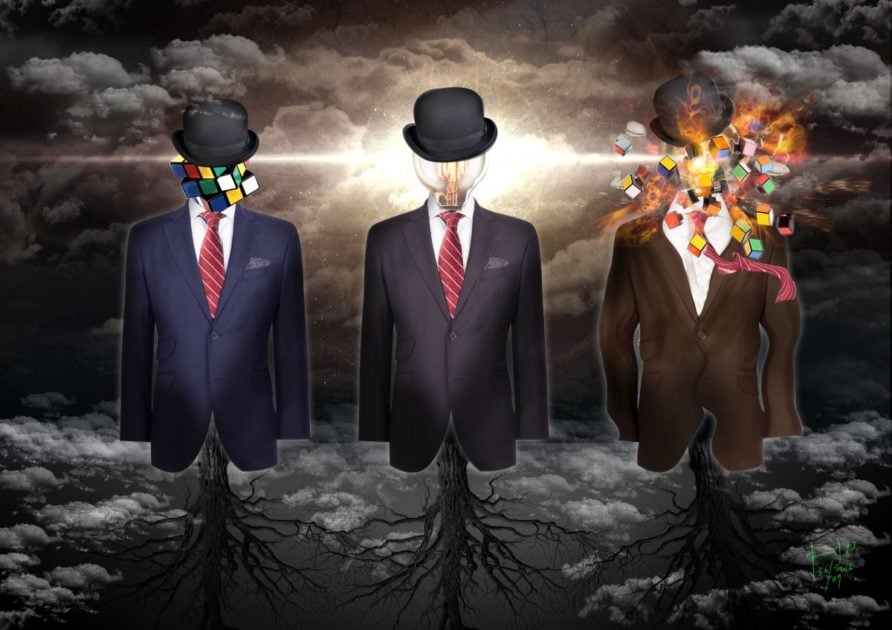 Rationality seems to have exited the building. The economy is witnessing an unholy trinity of false ideas, weakened institutions, and malign interests converging to stymie its long-term health and resilience.

Interventions for the Street not the Economy

The U.S. federal government has passed trillions in stimulus to stave off a collapse in consumption, but there have been effectively no plans for long term investment or structural reform to drive growth.

Central banks are mindlessly printing money and inflating asset prices to never-before-seen heights that will no doubt increase the wealth gap and have negative implications for investors, pensions, retirees, and taxpayers.

We calculate that the ~53% year-over-year increase in U.S. M1 base money is an extreme event -- 8 standard deviations from the mean. The classic definition of inflation is an expansion of money and credit.

Even with reports of effective therapeutics and imminent approval/deployment of vaccines, a purported positive market catalyst, the big three central banks expanded their assets by nearly $500 billion in November alone. Since Q3 2019, the Fed, European Central Bank (ECB), and Bank of Japan (BOJ) have collectively grown assets by $8 trillion, or an unheard of +56% increase in just over one year.

An Economy on the Ropes

Labor markets are in shambles as lockdowns disproportionately affect small businesses, which constitute over 40% of GDP and nearly 50% of employment.

As the trade deficit widens and the U.S. trudges through an economic recession, legislation results in sending a large portion of federal stimulus to other countries. Remarkably China is a key recipient,  despite the recent investigation from Nick Paton Walsh at CNN alleging a cover-up by the Communist Party of China (CCP) during the early stages of the outbreak that advanced the global spread.

China is unwilling to open its domestic markets, refuses to abide by international rules, and has close to a $400 billion surplus with the U.S. Repatriating that production would seem an easy policy remedy to buttress unprecedented amounts of unemployed Americans, not to mention the positive social dynamics gained from healthy communities.

And the result of an irrational response to this man-made crisis is a continually weak economy.

Leading indicators and bond markets signal that growth in the near and intermediate terms will not be as strong as Wall Street is forecasting.

A new round of government checks will offer support to this number, though this flow provides very little help for the long term. Current conditions certainly are not helping fertility or family formation rates, another key ingredient to structural economic growth. Neither is the lack of policy being directed to investment of infrastructure or supply chain re-shoring.

Fed Picks Winners Who Should Be Losers

When we turn to asset markets, incredulity sets in as high yield bonds are at their lowest nominal rates ever. Incongruously, S&P Global Market Intelligence reports that U.S. corporate bankruptcies are set to hit a 10-year high. Normally, the bond market demands higher rates to compensate for higher default risk.

Bloomberg  reports that 200 of the 3000 largest publicly traded companies are “zombies” that cannot seemingly payoff their debts. But thanks to Federal Reserve programs they can access capital markets, harming the companies, competitors, and the entire economy. Combined, these zombies have nearly $2 trillion in obligations.

These numbers barely reflect the commercial real estate issues that may be lurking in urban center office buildings and hotels. NAREIT estimates there is approximately 27.5 billion square feet of office, retail, and hospitality space worth c. $6.5 trillion. How much of this is now in or near distress?

Anecdotally, we have seen this first-hand during visits to our office in the Chicago Board of Trade, a 41-story building. Since March, we have yet to see or interact with another tenant.

Fundamental gravity-defying asset inflation is how the Fed changes the playing field and heads to a new world order. Large companies that should be bankrupt survive, while our neighbors who own small businesses are walloped. This deeply corrupts and weakens the country and the economy.

While 20 million Americans need jobs, Elon Musk is now one of the wealthiest individuals in the world. Tesla’s valuation is fundamentally indefensible and indicative of the broader market.

Tesla has raised $12 billion in capital via these Fed induced valuations perhaps forever changing the auto industry landscape. Auto workers are on furlough and sales are down as the profits of their employers are used to subsidize electric vehicles. These same workers should know that through its actions the Fed essentially handed their competitors free money to build factories and conduct research aiming to put them permanently out of a job.

Likewise, Amazon and its Chinese supply base have benefited from lockdowns. Count Jeff Bezos among the world’s billionaires who have collectively added over $10 trillion to their net worth this year as central banks have pumped over $8 trillion into markets.

On the metrics that are hardest to manipulate, U.S. equity markets have vaulted into an epic bubble and no longer reflect any fundamental reality beyond the Federal Reserve’s deeply disordered policy to obscenely inflate assets.

Investors will likely pay a dear price for these policy mistakes. Low returns are the most likely outcome. Disappointing growth will be another result as weak, over-indebted companies fail to invest in the future.  Unless things change, a diminished opportunity set for the young awaits.

The United States is endowed with the best resources, institutions, and citizenry in the world.  This past year illustrates in clear terms that American leadership seems incapable of deploying these strengths for the good of the country or its people.

Betting everything on future growth may not be as prudent as the current market momentum suggests.