Through massive levels of unemployment and extreme factors pressuring small businesses, the pandemic shutdowns have introduced a new dynamic that could hinder the recovery. 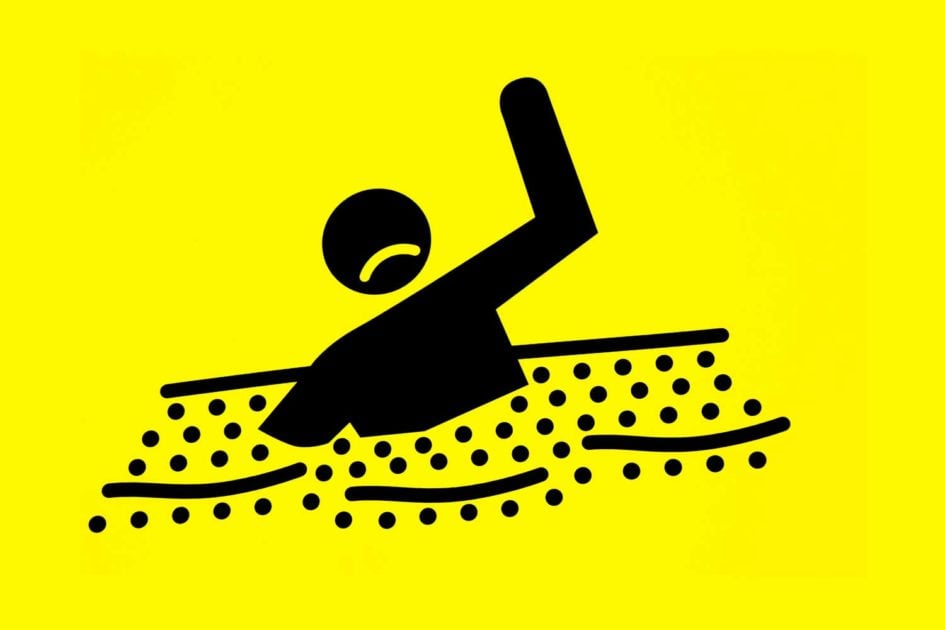 Quicksand:  When water in the sand cannot escape, it creates a liquefied soil that loses strength and cannot support weight.

You wouldn’t know it by looking at today’s stock market, but in many respects we’re in a long depression in the United States that has ground on for two decades. Through massive levels of unemployment and extreme factors pressuring small businesses, the pandemic shutdowns have introduced a new dynamic that could hinder the recovery.

Two characteristics define this lackluster economy:  asset inflation and fundamental economic disappointment.  The real economy is stuck in a monetary, fiscal, regulatory and trade policy mix that is the equivalent of quicksand.

Lack of public investment, increasingly burdensome regulations, and rigged trade policies are the equivalent of replacing a bedrock foundation with sand.

Monetary policy that provides excess liquidity hinders true price discovery in capital markets, the effect of which distorts every economic decision. Imbalances and misallocated resources then spread cracks through the economy’s foundation.

When a shock hits, liquefaction sets in and ground that once seemed solid cannot support the necessary weight.  The United States has been experiencing a sinking feeling for two decades.

By breaking the price mechanism at the heart of capitalism, Federal Reserve bailouts, debt monetization, and zero interest rate policies have allowed zombification and gross capital misallocation. These policies have resulted in asset hyperinflation in the United States with historically high ratios in asset values-to-income.

And now the pandemic related shutdowns, social unrest, and rising geopolitical tensions have thrown the world into a global depression. On a worldwide basis, things were less than stellar going into shutdowns.

Valuations Do Not Align with Growth

As of June 10th, the OECD does not see the U.S. getting back to 2019 GDP levels for at least two years. If there is a second hit to GDP from the pandemic, recovery will take longer.

On many difficult-to-manipulate metrics, valuations are at levels only comparable to the 2000 Dot.com bubble or 1929 peak. And we know that earnings and profits are in decline. Changes in employment and industrial production have historically correlated to earnings.

Historically, these types of shocks have taken years to recover.

Plus, this is the worst contraction in nearly 100 years.

Offshoring industrial capacity has left the U.S. economy terribly imbalanced. Energy, auto, and aircraft production now drive a disproportionate share of all manufacturing activity. These industries are in the crosshairs of the coronavirus. Only reshoring the U.S. industrial base could seriously address these distortions.

As the industrial base dwindles, healthcare costs have exploded dragging productivity down. Fertility rates are collapsing and population growth nears outright decline. With the rise of tech giants and industry concentration, the associated economic gains  accrue to an increasingly narrow slice of the population. Growth now runs at three speeds: low, lower, and down.

Let’s be clear, Quicksand Economics is at the heart of wealth inequality in the United States. Beyond exploding asset values for the top 0.1%, the Federal Reserve has effectively financed industry consolidations and driven corporate zombification. The net effect is destroyed opportunity and nonproductive investment. Other policies with respect to regulation, taxation, and trade have massively tilted the playing field in favor of large companies over the mid-sized and small.

The numbers say Jerome works for Jeff and Jamie, not Sal’s Diner or Joe Sixpack.

Outside of manufacturing, retail, travel and leisure, small business is now at this contraction’s ground zero.

Small Businesses Are a Cornerstone

Shutdowns have placed small businesses in a historically difficult position. Small businesses employ approximately 47% of the U.S. workforce and 40% of annual payrolls. Firms with less than 100 employees are 33% of the workforce. Alternative data tells us that this vital segment of the economy is undergoing massive contraction and slow recovery.

We have seen staggering job losses and income in the small business sector. We have yet to know the full measure of devastation there, but with dramatic declines in revenue, payroll reductions may be the only sizeable variable cost item owners have. And earnings for workers have dropped faster than revenue.

This recovery may take some time. In nearly every state that has “reopened,” foot traffic is still 26% below January levels.

Beyond economic growth and market returns, Quicksand Economics is tied to discrimination and class war, with minorities faring the worst.

Among our very best scholars, William Julius Wilson documented the causes and effects of these policies in his research, “When Work Disappears.” He noted the loss of institutions after small business and manufacturing jobs were decimated on the South Side of Chicago. Prior to these occurrences there were safe, thriving neighborhoods full of entrepreneurial zeal and hope for the future. Despite the horrible red-lining policies that banks and cities used against urban minorities, these communities maintained high levels of employment and social cohesion.

But then work disappeared.

Everything seemed to unravel.

Note that this research was conducted before Federal Reserve policy went into overdrive. Inflating bubbles that gave certain classes huge asset advantages over everyone else. Additionally, the Fed’s cheap capital policies enabled private equity and large corporations to go about asset stripping and consolidation drives.

In his explanation of urban poverty, William Julius Wilson’s stylized facts are congruent with this idea: It is as much about class as it is race.

Consider the excerpts below.

“One has to account for the ways in which racial segregation interacts with other changes in society to produce the recent escalating rates of neighbourhood joblessness. Several factors stand out…

“It is important to appreciate, first of all, that the poor and the working classes of all racial and ethnic groups struggle to make ends meet, and that even the middle class has experienced a decline in its living standard.”

“These groups make up about 80 percent of the American population.”

“When Work Disappears: New Implications for Race and Urban Poverty in the Global Economy,” 1998

Now the quicksand is spreading. We have seen issues of joblessness (and quality of jobs) spread as rigged trade policy and the Chinese Communist Party’s unrestricted economic war contributed to the shutdown of an estimated 70,000 factories. According to the CDC, U.S. overdose death rates per 100,000 Americans are up 355% since 1999. Opiods and methamphetamines are rampant in the Rust Belt.  For decades out-of-wedlock births have skyrocketed, while fertility rates have plummeted. All of these are indicators of a loss of hope and social cohesion.

Small businesses are failing. Pillars of the community are being hit. Jobs are going, gone.

And boy is work disappearing.

We are currently at employment levels first seen in the 1990’s. Worst of all, this depression is tearing at the glue holding together neighborhoods and their institutions. This will likely prolong the pain hampering recovery.

Policy makers are risking the American experiment. Meanwhile, Jerome Powell is focused on bailouts for large corporations and Wall Street. He is pumping asset values through the roof. Worst of all he is destroying the price mechanism at the financial system’s heart, that which allocates capital to its most productive uses. Sclerosis sacrifices sure footing for concentrated gains, socialized losses, and diminished futures.

Liquidity is not being sent to preserve functioning markets. Instead the liquid is spreading through the sand, continuing to erode the foundation.

Piecemeal reforms are coming out of Washington. Will they be enough? Are they investments in our future and security?  How much more structural change, if any, is on the way? For answers to all of these questions, it is too soon to tell. The current path is foggy, but not encouraging.

Beware the Reckoning in Markets and Society

The U.S. stock market is soaring. Genius day traders are printing money in a one-way bonanza. Valuations see nothing but clear skies. Party like its 1929.

But, pilots and passengers beware. The landing gear is getting gummed up in these Quicksand Economics.  As long as the U.S. doubles down on the failed policies of the past, growth will likely be low and lower. High prices and low growth are a formula for disappointing returns. And, one day price levels will most likely reflect this reality.