We are now witnessing the recession that is following the depression. Job markets are troubled. The official unemployment rate in no way communicates reality of U.S. labor markets. Over 55 million initial jobless claims or nearly 33% of February labor force levels have been filed since March 12th. 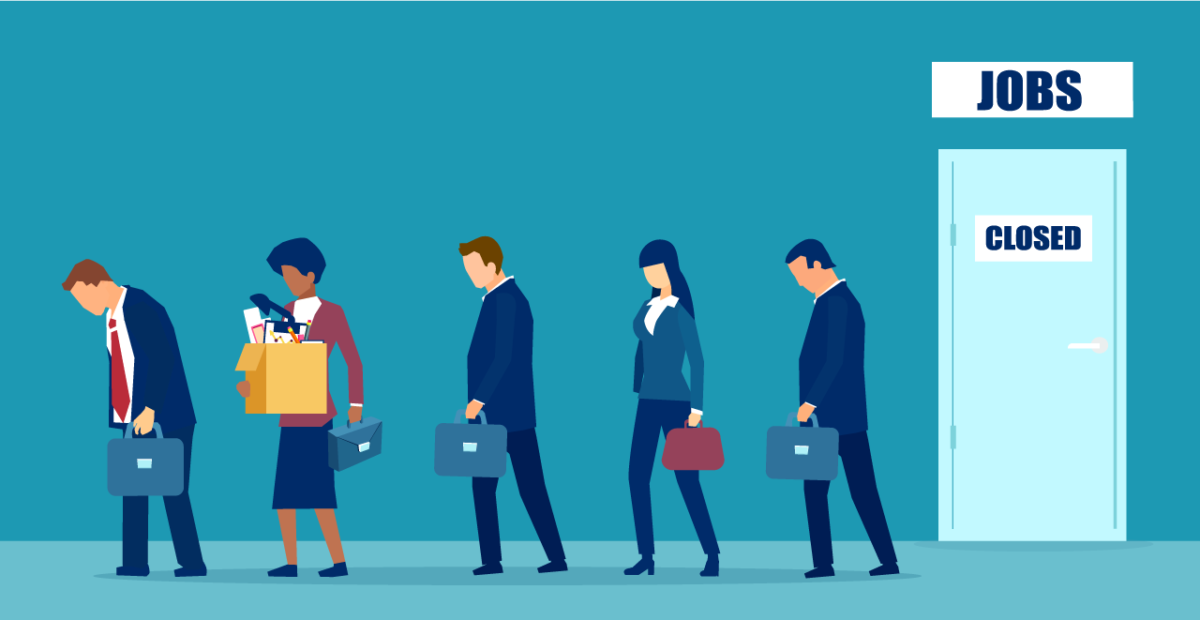 Job markets are troubled. The official unemployment rate in no way communicates the reality of U.S. labor markets. Over 55 million initial jobless claims or nearly 33% of February labor force levels have been filed since March 12th.  The real unemployment rate is closer to 20% than it is to 10%.

We have already witnessed initial claims increasing despite being two months into re-openings.

Sustained levels of initial claims, that far exceed the peak of the 2008 Global Financial Crisis, indicate an economy in serious turmoil. As of August 6, 2020 we've witnessed the 20th consecutive week with over 1 million people filing for jobless benefits.

Recessionary Processes are in Full Force

We are now witnessing the recession that is following the depression.

Since state governments forced shutdowns on large swathes of the U.S. beginning March 12th, the economy was driven into the largest activity collapse in history. Prior to the pandemic response (see Markets Before Contagion), the global economy was weakening as industrial levels were declining and speculative debt was peaking (see Global Corporate Debt Is a Tinderbox).

In most recessions, we normally see higher interest rates that lead to tighter credit and/or a decline in housing or business investment.  As a result, the next leg of declines results in a drop in durable goods purchases.

Despite the massive amount of fiscal and monetary stimulus unleashed by the government and historical high debt issuance by large corporations, credit is tightening faster than the last two recessions.

Banks are restricting credit to everyone, but small businesses and individuals are being hit disproportionately.

Investment for housing and business capital expenditures is declining rapidly.

Yes, we now see the next leg down.  Durable goods orders are not recovering to old levels but could be settling in at activity commensurate to a decade ago when the S&P 500 was trading nearer to 1200.

Valuations are Tied to Profits that Are Declining

The more economically sensitive S&P 500 EPS Before Extraordinary Items number has already declined over 26% on a trailing twelve months basis.

Federal Reserve policies are not working for the real economy.

This brings us back to jobs.   Job opening growth was declining before the pandemic, and now, we continue to witness serious job destruction.

Making matters worse from an economic perspective is that the composition of those losing their jobs is likely resulting from a winnowing of higher paying positions across many industries and professions.  Not counting government stimulus, many people are taking cuts to income even if they hold jobs.

This data suggests that Federal Reserve Policy is not helping the real economy. Massive monetary stimulus is only driving asset price inflation, creating the widest gap in history between the stock market and underlying economy. On the metrics that are least prone to manipulation we are at all time highs.

The Nasdaq is trading over 35 times trailing earnings. These are historic valuations on their own, but given the economic collapse occurring in labor markets and economywide profits, they are insane.

U.S. daily case numbers from Sars-COV2 may have seen a recent peak, but the alarming rate of job loss continues.  Hyperinflating asset prices in equities and credit serves only banks, asset managers, hedge funds and traders.

Policies May Be Boxing In Future Outcomes

Any number of scenarios can play out in the future.  Highlighting a few can build intuition about outcomes.

A policy of inflation through direct payments to individuals and corporations could lead to stagflation.  The period from 1968 to 1980 was not kind to equities, but that mild hyperinflation did reduce macro debt levels and set the U.S. on track for a long expansion.

The recent mix of constant monetary interventions and bailouts has delivered the worst growth outcome in U.S. history (see The High Cost of High Prices). Even with the recent heights of bubble valuations, equities have underperformed their long-term averages.  Keeping the current course may result in a perpetual pain trap with attendant meager economic growth.  It is a type of Japanification and is what bond markets are predicting with 20-year Treasury yields at 1%.

The speediest route to recovery is to allow markets to price, but that would likely lead to deflation and liquidations. In this scenario, most asset prices would decline. But what do we really have to fear?  We have already navigated two bear markets in the past 20 years. The U.S. has an opportunity to re-shore massive industrial capacity and huge potential for productive infrastructure investment.  Technology is opening wide avenues for true innovation beyond advertising and search.  There are nearly 30 million people who could be put to work to remake the country.

At some point, policy actions should demonstrate that leaders believe in the market system and Americans’ ability to succeed.  We always have and always will.