In the midst of a Capital War, the China Lobby is deftly pushing for American retirees and pensions to help fund an asset bubble in China, and their vehicle of choice is the ubiquitous index fund. 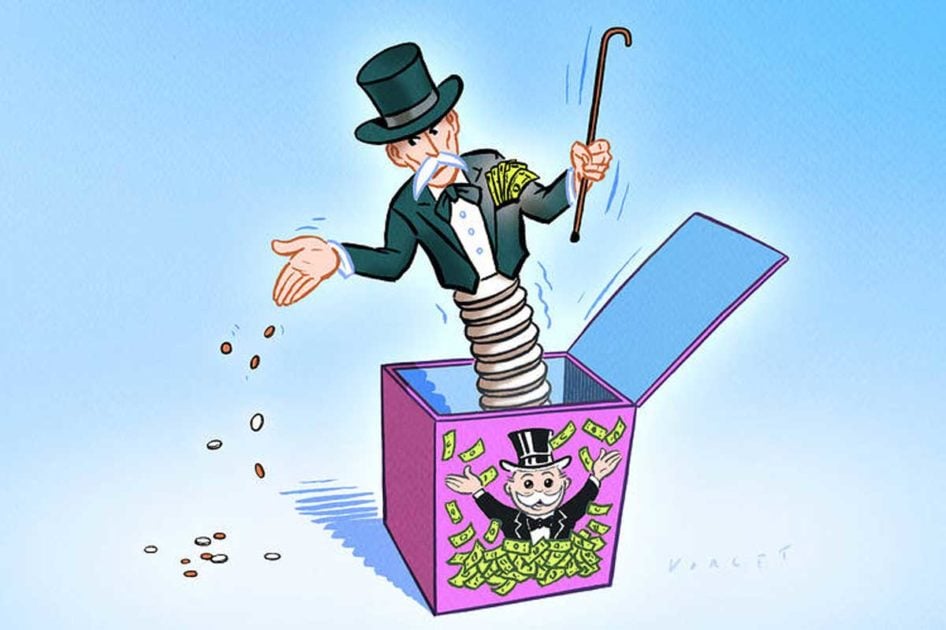 Today, the United States is being confronted with an Unrestricted, All Domain War being executed by the Chinese Communist Party (CCP) and the People’s Liberation Army (PLA). On one front a Capital War is being waged, in which China is trying to prop up its domestic asset bubble by steering U.S. dollars into their country.

To advance its agenda, China has enlisted a de facto China Lobby, comprised of some prominent U.S. individuals and multinational corporations, who advocate investment in China.

In my opinion, the China Lobby is making a Faustian bargain.

Part of a Broader Capital War

These efforts are all part of a broader capital war. What is a capital war? It is a war over the capital account, or the flow of money and investment between countries. It is about currency and foreign exchange reserves. Since the Chinese Renminbi is not freely convertible, this particular capital war is about the U.S. Dollar and how China’s financial system interacts with the rest of the world. In other words, China needs your money.

The essential questions at stake are: 1) should Americans invest in China, and 2) should the CCP and PLA be allowed to invest in American assets and technology?

As an example of CCP tactics look no further than the recent push to re-weight international bond and stock indexes. When index providers, such as Vanguard and MSCI, assign China a larger weight among portfolio holdings, the immediate result is additional capital flow into China from investors in these products – largely pensions and individual investors.

In other words, these international indexes have become a conduit to help bail out CCP/PLA macroeconomic mismanagement. Rather than hastening the collapse of a U.S. adversary, new index weightings would effectively support the CCP.

The China story has been central to the global growth model for the past two decades. But today, China’s asset bubbles, industrial overcapacity, and currency risk have perhaps become the greatest economic threats to markets and the world financial system, and at the same time the world’s investment exposure to China is greater than it’s ever been.

The prolific use of index investing has concentrated a huge amount of money into a limited set of investments, and it has given power to the companies in charge of directing those resources. Every index is comprised of investments that make up a certain percentage, or weight, of the total holdings. These weights are determined by the firms that create the indexes, and they effectively determine how much money flows to different parts of global stock, bond, and real estate markets. Geography is one of the weighting factors.

This type of geographic concentration is less of an issue for international indexes comprised of “developed” countries (i.e. EFA/IEFA), where direct China exposure is not a top factor. However, the capital flows can be even larger and more impactful in the bond indexes, which hold much larger dollar amounts compared to equity indexes.

Because index funds are widely held by American retirees and pension funds in their investment portfolios, it is the American investor that, in a roundabout way, ends up providing the funding and assuming the risks related to China’s economic issues.

Over the last decade, China’s financial system assets and money supply (M2) growth ramped to new heights, but reserves in the capital account declined. This presents a terrible risk for the CCP, since its currency could face near collapse.

Adding fuel to the fire, the quality of assets in China’s system is highly speculative. According to the IMF, a large fraction of assets in the banking system could be at risk in an adverse economic scenario. It also suggests recent growth has come through unproductive investment.

The CCP created $25 trillion equivalent Renminbi in its domestic money supply that is backed by hard convertible currency in the rough amount of $3 trillion. Perhaps, CCP controlled entities have a net foreign investment position of another $1.5 trillion.

The result is potentially too much CNY chasing too few hard currency reserves, and it would stand to reason for the CCP to be worried about its USD position.

How does China keep its train on the tracks? Get more U.S. dollars.

The CCP revised the Foreign Investment Law on March 15, 2019 raising the limits on foreign investment beginning January 1, 2020. The CCP strong-armed U.S. index providers to change the composition of emerging market indexes to raise the weighting of China.

Providers that have upped China weights in their indexes include MSCI, Inc., J.P. Morgan Chase & Co. and Bloomberg Barclays Global Aggregate Index.  FTSE Russell has placed China on its watchlist for potential upgrade in weightings. This would result in $100’s of billions of U.S. pension and investor money into the CCP coffers through Chinese stock, bond, and private markets. Even without a great power conflict, China's asset and FX bubble likely make this a dicey investment proposition.

As the China Lobby smoothly pushes its agenda, America and its allies can still own the high ground in this Capital War, and index re-weightings may be a good place to consider.