The West will face some difficult truths as it confronts this health, economic, energy and financial crisis. We will emerge as a stronger, more self-sufficient and humane civilization. 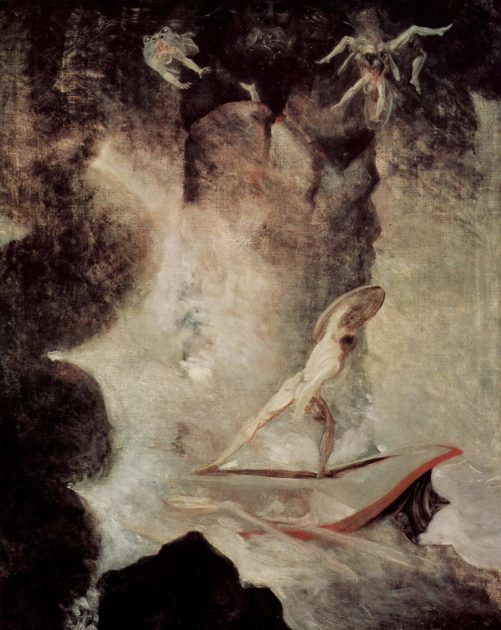 The global economy was weakening prior to the Covid-19 pandemic and is now likely entering the worst global recession since the Great Depression. Global casualties due to the virus are in the thousands and climbing.  Millions have lost their livelihoods, and many will lose their businesses.

And similar to the 2008 Financial Crisis, the economic policy mix coming out of Washington D.C. leaves a lot to be desired for the long-term health of our country and financial markets.  So far, the federal aid and monetary policy initiatives appear to disproportionately benefit speculators and well-connected corporations.  Scraps, loans, tax gimmicks, loss, shelter-in-place, and sacrifice are mandatory requirements for everyone else.

Unless something changes, it appears the public will pay the price once again for the risks taken by others.

For now the West will face some difficult truths as it confronts this health, economic, energy, and financial crisis.  First, it is beginning to recognize the full cost of its relationship with China.  Second, easy money policies that enabled extreme valuations left the economy susceptible to equity and credit market instability.  Finally, there is an emerging path for the world to forge and successfully navigate these challenges.

The China Lobby Is Fully Discredited

By covering up the nature of the China SARS-CoV2 virus to the world, the Chinese Communist Party (CCP) and the World Health Organization (WHO) unleashed a massive economic and health shock on the world. To the CCP and its supporters we can also attribute concentration camps, organ harvesting, mass tech and industrial espionage, debt trap diplomacy, loss of the U.S. industrial base, and a full spectrum version of modern warfare against the United States.

The response in the West to China and the pandemic has been sluggish and has yet to compare favorably to successful mitigation approaches in Singapore or South Korea. Those in Corporate America and Wall Street who have argued that China is a reliable manufacturing partner have been proven wrong in the worst kind of way.

Given the nature of this crisis, supply chains for medical supplies and pharmaceuticals have come to the forefront.  And this brings us to #10 in the list above.

Without doubt deaths will be higher because the West lacks domestic capacity to produce masks, personal protective equipment, hospital supplies, and pharmaceutical interventions that could reduce the spread and serious complications from this illness.

Bubble Policies Set The World Up For Failure

Going into the crisis, the Federal Reserve had enabled the biggest asset bubble in world history and exposed U.S. markets to collapse from any meaningful shock. On the most reliable valuation measures, the U.S. equity market had reached its highest level in market history. Since the sell-off, which began in late February, markets have only retreated to the 2008 bubble valuation peak. This chart demonstrates that 30% to 70% of Market Cap / GDP range in a bear market is not out of the question.

Easy money bailouts may also be exposing the world to another version of an offshore USD fund leveraged debt crisis - an ongoing Federal Reserve bailout brought to light in September 2019.

America Must Find a War Footing - Balance, Science, and Manufacturing

War has been frequently used as a metaphor for this situation. Certain simulations from the Imperial College of London project potential deaths in the U.S. exceeding the total deaths, casualties and missing in action experienced in World War II.

Economy of Force, Not Force the Economy

A key principle of war is economy of force.  In this pandemic that translates into a balance between non-pharmaceutical (“NPI’s”) and medical interventions.

Shutdowns Are Not A Long-Term Solution

As California, New York, Illinois, and multiple states issue versions of stay-at-home orders for over 85 million people, and Italy has declared martial law, policymakers must know that economies will collapse if these policies are sustained for months.  And it’s possible that more people would die if that occurs.

“…Results show that the alternative relatively short-term (3-month) mitigation policy option might reduce deaths seen in the epidemic by up to half, and peak healthcare demands by two-thirds”

As the waves in the chart below demonstrate, we also know NPI’s only delay the spread. Long-term protection from this virus will come from a pharmaceutical cure, herd immunity, or vaccination.

Enter the combination of anti-malarial drug Plaquenil from Mylan/Teva and Pfizer’s Zithromax or Z-packs (Toyama Chemical of FujiFilm has antiviral Avigan that has shown early promise)  If AND THIS IS A BIG ‘IF’ early in vitro data from China and in vivo data from Europe is repeatable, then early pharmaceutical interventions may offer the world an added tool and path to manage this crisis.   All eyes are on results from the recently initiated clinical trial in New York State.

Mylan is opening its shuttered West Virginia production facility.  Teva donated its existing supply of anti-malarials.  We don’t know Pfizer’s capacity to produce Z-packs.  There are other antiviral candidates from Regeneron and FujiFilm that hold promise and it is difficult to gauge effectiveness, capacity and available courses of treatment. Let’s hope that our scientists, doctors, and manufacturers can identify and produce a reliable pharmaceutical intervention.

Testing, tracing and containment have been used successfully in Singapore and South Korea.  U.S. drug and diagnostic companies are ramping test production.  With a standard blueprint that is site adapted by local contractors, the Army Corps of Engineers is ramping hospital capacity as well.

There are early glimmers that some combination of these solutions offers us hope and a critical path to survival for humanity and our economy.

Markets Have Yet to Fully Price Impact

Though equity and bond markets have repriced significantly, we fear the long-term impacts on earnings and credit risk may imply more pain.      Recent actions by the Federal Reserve and Congress are highly focused on saving players in financial markets and large corporations.   By failing to address the shock to employment and small and medium businesses, the economic consequences of this crisis may be prolonged and deepened.   Earnings declines and heightened default rates are not yet known.

The United States Will Succeed

We believe that the United States has a deep well of talent and resources that are being utilized to address this crisis.   If we persevere and focus on fundamentals, we will emerge as a stronger, more self-sufficient and humane civilization.  A good early step is for the U.S. to embark on a massive re-industrialization effort that removes any reliance on the CCP for anything, for any amount, forever.